Powerball has offered the largest jackpots ever seen in Australian lottery history, with a Division 1 prize that has topped $100 million several times in recent years. Learn more about the biggest Powerball winners, including how much they won and what they planned to do with the money.

It took just five draws without a jackpot winner to set up this record-breaking jackpot, as the Division 1 prize pool rocketed from $100 million the previous week to $160 million. Huge queues formed at newsagents and half the adult population was thought to have a ticket.

Three players – one each from New South Wales, Victoria and Western Australia – were rewarded with a $53.3 million slice of the jackpot. The first to find out was a blue-collar worker from Clyde, who was left fighting back tears when he got the call about his big win. He said he would retire immediately, and would get his grandson ‘all the dogs in the world’ as he had been asking for one for Christmas. 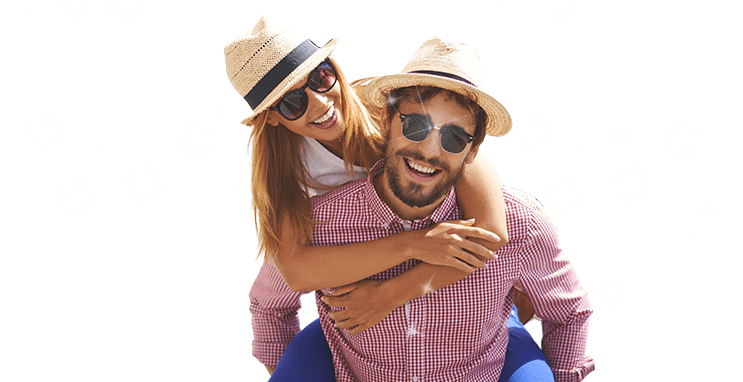 The jackpot reached an all-time high of $150 million after just eight rollovers, fuelling an unprecedented demand for tickets. Three players ended up winning $50 million each, with one coming from New South Wales and the other two from Queensland.

The New South Wales winner, a father from Sydney, said he had only purchased his entry on a whim hours beforehand because everyone else was playing. One of the Queensland winners was a man from South Brisbane who revealed that he wanted to go travelling, build his own home and spend more time with his family. The final winner, an ‘overwhelmed’ grandmother from Ipswich, came forward a few days later and declared that she had always dreamt of buying a Mustang if she won Powerball.

The Division 1 prize jumped up from $80 million the previous week as fans across Australia rushed to take part. There were two winning tickets, with one sold in New South Wales and the other in Western Australia.

The NSW winner was revealed to be a middle-aged family man from the Coffs Harbour region, who said that a red sports car, a new house and lots of holidays were all on his wish list. The Western Australia ticket belonged to a retail syndicate from Kalgoorlie, which included roughly 200 members.

Three ticket holders split this gigantic jackpot - which was the highest Powerball jackpot in history at the time. The payout for each player worked out at more than $36 million, while one of the players, a man from Adelaide in South Australia, ended up with over $37 million after also winning some second division prizes. He said he wanted to take his family on a round-the-world trip and might quit his job.

The second winner, a medical research professional from Sydney in New South Wales, said she would not be giving up work but hoped to use the money in a meaningful way. The final winning ticket was sold in the Macedon Ranges in Victoria and belonged to a lucky couple. The wife said she had criticised her husband hours before the draw for ‘planning his life around winning the lottery’.

A woman from Sydney became the biggest lottery winner in Australian history after landing a jackpot of $107 million. She initially thought she had won $107,000 and said she would ‘celebrate with a cheap glass of chardonnay’ when she found out the size of her windfall. She also insisted she would not be retiring from her job in healthcare.

She and her husband were both still working two years later and revealed that they had not made any extravagant purchases, instead preferring small luxuries. She said they felt ‘incredibly privileged’ to have won such a large amount that it would create a legacy that would continue far beyond their lifetimes.

This draw marked the first time ever that the jackpot had reached $100 million, sparking a rush for tickets that saw one in three Australian adults take part. There were two Division 1 winners; one of them came from Melbourne and the other from Sydney. The Melbourne man said he would look after his whole family and invest money in property and shares. The Sydney ticket was not linked to a Player Card so lottery officials were unable to track down the winner straight away. It turned out to be a father from Riverwood who carried the ticket around in his wallet for several days without realising.

Powerball had undergone some big changes in April 2018 in a bid to create larger jackpots and more prize winners in every draw, and it had the desired effect with this record-breaker and others that followed. Players had previously had to pick six numbers from 1 to 40 but this was changed to seven from 35.

Two players from New South Wales matched all the numbers in this April draw to get their hands on $40 million each. The first to find out was a retired woman from Campbelltown, who revealed that she was a long-time player but had not planned to purchase a ticket that week. She changed her mind because her grandson said a few days before the draw that ‘Grandma’s going to win the lotto’.

The second winner was a man from Smithfield in Sydney. He was a registered player but one of the digits in the phone number he had provided was incorrect so lottery officials had difficulty in contacting him. When he eventually discovered what had happened, he described it as a ‘big whirlwind’ and said he would start by paying off his mortgage.

A jackpot of $80 million was up for grabs following five straight draws without a winner, and the whole lot ended up going to a husband and wife from Dromana. The winning ticket was purchased at Dromana Authorised Newsagency, 177 Point Nepean Road.

The payout made them the biggest lottery winners in Victoria’s history and they were overjoyed to receive so much, although they kept a sense of perspective in the midst of the coronavirus pandemic. The woman said: “It gives us enormous peace of mind and freedom. There’s lots to worry about at the moment, but we don’t need to worry about money any more.”

A man from Port Macquarie in New South Wales was the only jackpot winner for this draw, landing himself one of the largest individual prizes in Australian lottery history. He played online and was stunned to find out his ticket was worth $80 million. He said it was particularly overwhelming given what his family had recently been through, having battled droughts and bushfires.

He had also recently retired and was determined to enjoy his winnings, even though he was self-isolating like many across Australia when the win arrived. He said he was already planning one indulgence: “I’ll be able to upgrade my TV! I’ve always wanted a satellite TV to get better stations!”

A new record for the biggest Powerball jackpot was set when two tickets split a Division 1 prize worth $80 million. One of the entries was purchased in Sydney and the other in Melbourne. The Sydney winner revealed that she almost deleted the email from NSW Lotteries saying she had won because she didn’t believe it could be true, but then she checked her numbers and quickly phoned the officials.

The Melbourne winner, a man in his 50s, said he was too shocked to think about what he would do with his $40 million share apart from helping out his kids. However, he did reveal that he planned to carry on working and would also continue to play the lottery for fun.